As I posted yesterday, I am doing something a little different to honor the first anniversary of our Uncle’s passing. Yesterday I posted my thoughts on putting our first dog Doc down because, in many seasons, he was a bridge to more. Last year, Doc’s passing gave my heart and mind space to wrestle with the far weightier terminal brain cancer my Uncle was fighting.

Below is what I wrote after he passed away, doing my best to capture who he was to Alan and me.

Our Uncle Jeff loved music - this post comes with a soundtrack.

My earliest memories of Uncle Jeff were visiting California when we were kids. We would mostly stay with Nana and Papa and spend a few nights with Uncle Jeff, probably to give them a break :).

Seared in my memory are fun times being chased by Uncle Jeff pretending to be a monster of some variety or another. I remember his video game machine—the kind you find at an arcade. We didn’t even go to arcades but knew that it was beyond cool to have one in your house. There was going to Racquetball. It was the 90s, and the fashion never let you forget that the 80s weren’t entirely over, and Uncle Jeff rocked the light blue short shorts and matching sweatband. I guess you could sum up Uncle Jeff when we were kids with one word; cool. He was cool. And we loved being with him.

Then there was the “nothing box” random light generator – like a device from a 1960s sci-fi film. It was a relic of our Dad and Uncle Jeff’s childhood. He would turn it on and tell us how they made it together. It somehow united us more to Uncle Jeff by connecting the tiny dots of light that he was our Dad’s brother. That they shared a bond that reached long before they imagined there would be children and nieces/nephews.

There was the time he drove us out to a little back road. This was before you had to go so far to find one in the desert. I’ll never forget the small truck he had because he let each one of us sit in his lap and drive it for a short distance. Did I mention he was cool?

All of that could’ve happened on the same trip, but maybe they were years apart. Such is the way memories work, especially from childhood.

We got older… and so did Uncle Jeff. He married Diana, and they had Aaron. We could never have known then that we would actually be friends with our cousin. That is a legacy and connection that will not soon fade. We would see Uncle Jeff throughout the years. I remember pulling into California when we moved out west. Uncle Jeff came to help us unpack the moving truck. What joy to see him – to have his help and strength. He was strong! Always active. Always with an adventure or new idea. Always willing to take a risk. At least that’s how I saw him.

Throughout the years, we would see him on holidays and other random times. We met up one summer in Carlsbad. Uncle Jeff, Aunt Diana, and Aaron came out to our house in the valley. You could always rely on Uncle Jeff sitting around in his boxers after breakfast, relaxing, and drinking coffee. Coffee is one of the things that we loved alongside him. I remember talking on more than one occasion about cat poop coffee, and we all wondered if it could be worth the price. We had little routines and comedic bits that lasted over the years and distance. He would always walk up to us and hook his pinky into that space between two buttons on a shirt. He would rub his thumb and pointer fingers together like he was feeling the fabric and say, “ah, nice fabric.” No doubt, this was a little joke he developed from years in the clothing business with Papa. From New York buying trips and selling clothes in Chicago and Palm Springs.

The clothing store! When we were kids going to visit the store was so fascinating. Where else could you be behind the point of sale as a kid besides your Papa and Uncle’s store? We would play endlessly with the occupied lights over the changing rooms at the first 7th Avenue West store. I remember Uncle Jeff showing us the inventory and how it worked. Showing us the little work table in the backroom with the photos of family over it.

After we were in California, we would start to bond over music. I remember when Uncle Jeff discovered Coldplay’s “A Rush of Blood to the Head.” We would talk about how good that album was. We would send new music his way if we thought he would like it. We created our own original music, and he was always a fan. In 2006 Alan and I recorded two albums in a week when we had the house to ourselves. Later that year, we were back at 72856 Willow. We talked for a while about the music we had made, where the song ideas came from. I was always encouraged by his belief in what we were doing.

I see that repeated looking over all his interactions with the youth around him. He cared for Aunt Diana’s family like they were his own, and in all the meaningful ways, they have become our family too. His constant advice was because he always wanted the best for the people in his life.

Track 2 "The Reason You Exist" by sharpetiquette, aka Alan and Joel Miller circa 2006 - I want to add disclaimers, but 15 years has passed and Uncle Jeff loved it, so I do too:

In one of my songs, I wrote: “the poison in your kiss, on the corner of your lips.” Uncle Jeff was curious about that line. Who was it about, he asked. I told him it was just a made-up person. I hadn’t dated anyone yet, let alone kissed them. I have been trying to think of why this conversation is so sticky in my memory. I suppose I enjoyed the curiosity about my creativity—the genuine interest.

Little did I know my first kiss with my future wife, Kate, would happen in that same living room about a year later. Another way the world Uncle Jeff had created for us since we were kids in Palm Desert would be permanently written into my memory.

The year before Papa passed away, we all came out to CA in November. Looking back, I think we all knew that an era was ending soon. Fueled by one too many glasses of Fireball and Vodka, Uncle Jeff, Alan, and I stayed up until 3am talking about everything Miller family history. Uncle Jeff clued us into how they ran the business. The highs and lows. The changing seasons in the economy of the clothing business. He loved business. It didn’t really matter what the market was. He equally enjoyed the Real Estate industry and the opportunities and challenges that it created. The older we got, the more we would talk stocks. Continuing the long Miller tradition of having lots of thoughts, theories, and plans over how to invest. When I look through my text threads with Uncle Jeff, we probably talked about stocks more than any other topic.

Texting. Uncle Jeff was a bad texter. 🙂 He was an expert in an ambiguous text conversations. Ask an either/or question… and get yes as an answer. Sometimes the conversation would drop off only to be resumed days later as if no time had transpired. As I looked through our text conversations this past week, I found two times where he sent me a picture of the custom Jones Soda bottles that Kate and I had made as our wedding favors. I have always been entertained by the fact that he kept them all these years. It didn’t occur to me until I looked through my texts and saw two times in one thread that it was his way of saying, “I’m thinking of you.”

This last year, Alan and I had the chance to spend time with him in April and July 2019, and January 2020. I would look over while we bantered with Aaron and Sabrina and see him just watching us all with tears in his eyes. He was thinking of us. He thought of how he would miss us all, but he felt joy that his family connected. There is this picture of Shauf and Jeff, where they are head to head. It is mesmerizing. Alan said he can’t stop looking at it. He loves Shauf so much. Seeing their relationship this last year was a blessing to watch. I know Shauf will grow up with the knowledge and legacy of how much his Papa loved him.

Uncle Jeff enjoyed life. He had adventures – he scuba-dived until he didn’t want to take the significant risks anymore because he wanted to be around for Aaron (he told us this once). He rode his bike thousands of miles for himself and for charity, and he loved his family. There is no doubt his life was shorter than it should have been. More concise than we all wanted – or counted on. He lives on in our hearts and minds. He lives in a better place, free from the suffering of this last year.

The Weight of Glory

I don’t know precisely how heaven works. Still, I believe he is finishing a 100-mile ride, about to sit down to a perfect cup of coffee, watching the ticker on a never-ending bull market, and smiling that Jeff smile. The one with a spark of mischief, a hint of possibility, and full of love for those he called friends and family.

If you read this and want to do something in his memory, please consider donating to The American Brain Tumor Association to aid their fight against Glioblastoma. 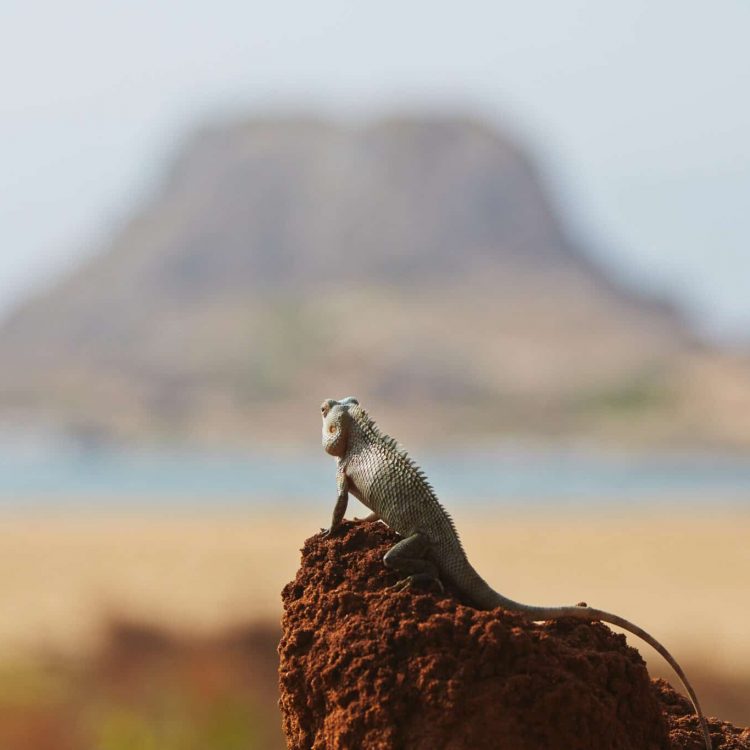 The Chameleon Effect: Harnessing the Power of Social Influence 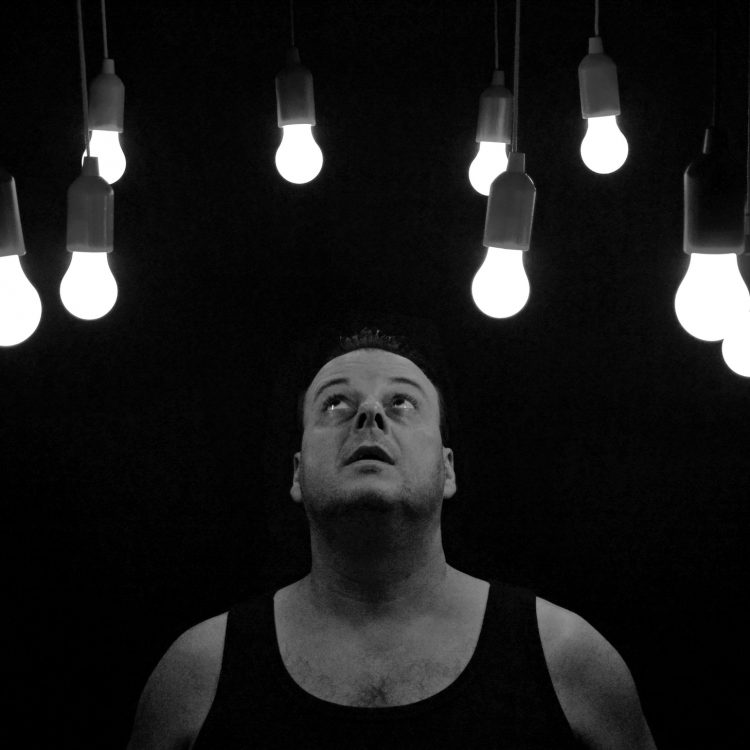 The Marvelous Power of Asking “Why Now”

A Lesson from the Fake Old West – McLintock 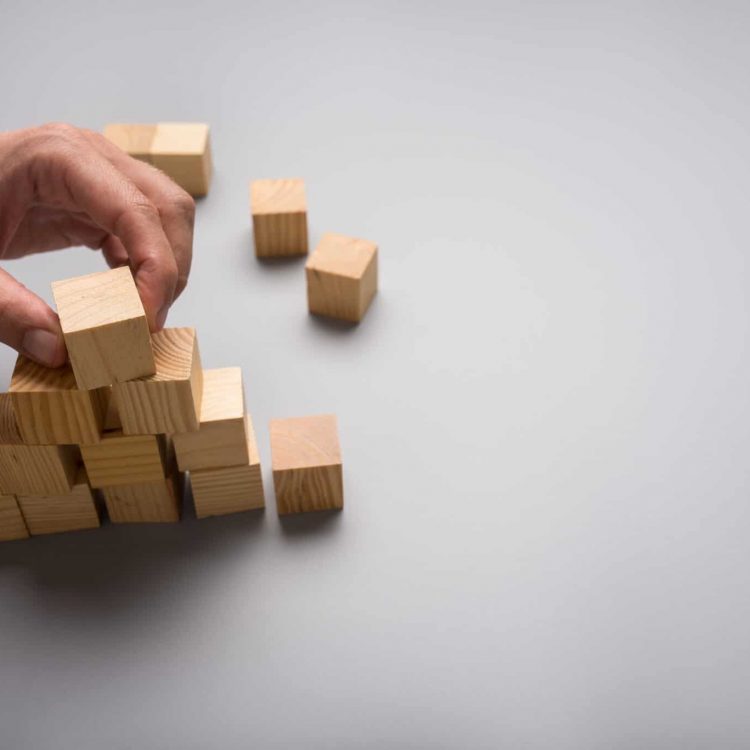